The varied programme celebrated the old and the new, in keeping with the artistic tradition of Haddo House, and saw the beginning of our schools’ music collaboration with McOpera. 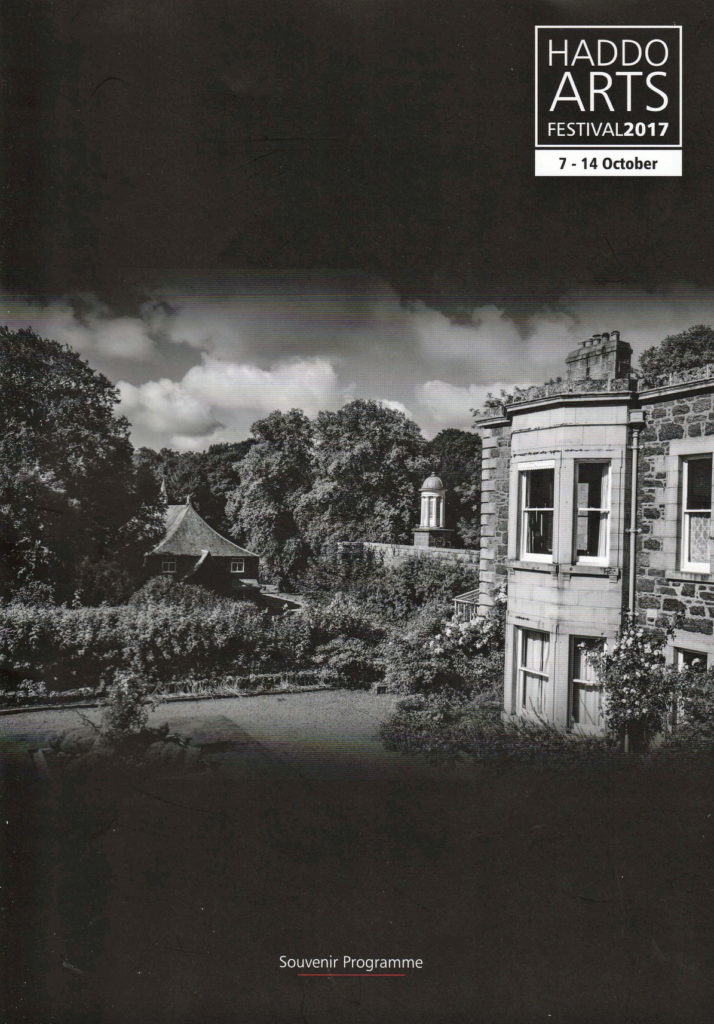 The 6th Haddo Arts Festival took place from 7-14 October 2017 and included events and activities in all parts of Haddo: the House, the Hall and the Country Park. The varied programme celebrated the old and the new, in keeping with the artistic tradition of Haddo House.

From the traditional Opening Concert by the Haddo House Choral & Operatic Society under their new Musical Director, Dr Paul Tierney, to a new version of Puccini’s Tosca from some of Scotland’s top singers, the Festival was designed to offer the very best night out to as wide an audience as possible.

Over 120 pupils from Barthol Chapel, Tarves, Daviot, New Deer, Pitfour and Pitmedden primary schools worked with McOpera, players from the Scottish Opera orchestra, on songs from Benjamin Britten’s song cycle “Friday Afternoons”, written for his brother’s school choir. These were given a public performance on the Thursday evening of the Festival, accompanied by string players from Inverurie, Meldrum and Ellon Academies. The highlight of the evening was the first performance of A Song for Haddo, written by Moira Morrison from McOpera and all the pupils who took part.

Another new work specifically composed for the Festival was premiered at the Harvest Festival Service. Taken from a text attributed to St Columba, Altus Prosator was written by Dr Paul Tierney and sung publicly for the first time by the Choir of St Machar’s Cathedral.

Our Bodies’ Imprint, a collaboration between current and former students from Gray’s School of Art, was a series of installations across the Country Park. Seen by over 4000 people, these varied works were thought-provoking, fun and encouraged the viewers’ participation in the artistic process. They were deliberately shown without interpretation by the artists, allowing the viewer to make decisions based on personal experience.