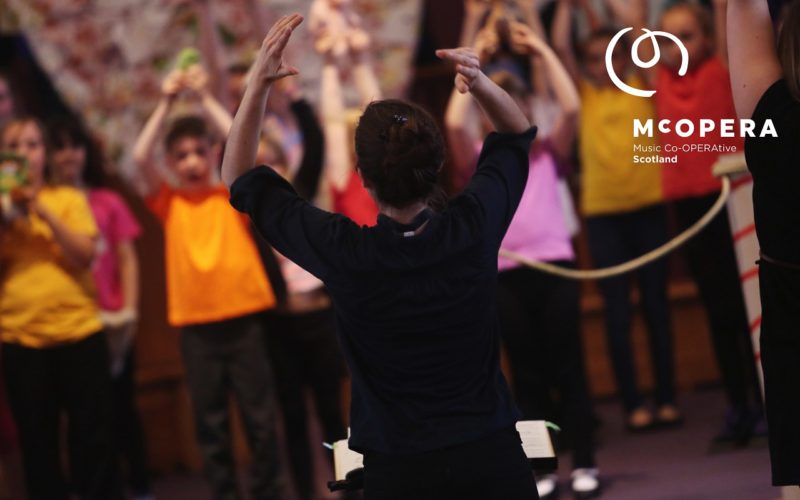 Based on the song cycle, Friday Afternoons by Benjamin Britten, A Song for Haddo was the exciting culmination of the 2017 Haddo Arts Festival outreach programme, and the first collaboration between Music Co-OPERAtive Scotland (McOpera) and Haddo Arts.

Six of Benjamin Britten’s Friday Afternoon songs were accompanied by a string ensemble formed of local high school string students from Meldrum Academy, Ellon Academy and Inverurie Academy, in an orchestration by Peter Kemp. The young string players were mentored by 3 of McOpera’s professional orchestral musicians, who played alongside the students, led by Katie Hull and assisted by local string specialists.

As a key component of the project, Haddo Arts commissioned a new song as part of the Friday Afternoons project – ‘A Song for Haddo’.

Composed by Moira Morrison with input and ideas from the children, this took inspiration from the local area and children’s experience of living in Aberdeenshire, and was performed with piano accompaniment played by Jeremy Coleman.

Friday Afternoons was conceived as part of the celebrations to mark the Centenary of the birth of the composer, Benjamin Britten, by Snape Maltings (formerly Aldeburgh Music) with the initial aim of encouraging children and young people to sing.
Photograph copyright Simon Ovenden