A Place to Play – A Haddo Oratorio Preview

Join us for a preview of our next Song for Haddo project with the McOpera Ensemble and baritone Andrew McTaggart, filmed and recorded live in September 2021 at Haddo House.

Written by Peter Kemp, A Place to Play has to date taken 95 local primary school children and their teachers on a fabulous musical journey through Haddo’s childhood memories.

Over the coming months, instrumentalists from the local academies and even more young singers will join the project, culminating in a live performance at the Haddo Arts Festival 2022.

McOpera was formed in the spring of 2012 by musicians from The Orchestra of Scottish Opera, Scotland’s only fully professional opera orchestra, to provide and generate a range of artistically exciting and diverse work in Scotland. Since that time, it has developed a wide portfolio of activity ranging from operatic productions, to bespoke recording projects, orchestral performances and community outreach projects across a wide social and cultural demographic. 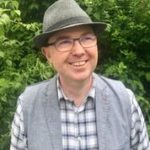 Peter Kemp is a performing musician, composer, conductor and music therapist. A former member of the RSNO playing viola, he was the Community Music Coordinator and Lecturer on the University of Strathclyde’s BA (Applied Music) and BA (Community Arts) degrees, and holds both an MMus in Composition (Royal Conservatoire of Scotland) and an MSc in Music Therapy (Queen Margaret University).

Peter has worked extensively in all branches of music education, including many years working with children from both the mainstream sector and special educational needs, including those on the autistic spectrum. He has written 13 children’s operas, most recently The Milngavie Tales for East Dunbartonshire Children’s Chorus and Youth Choir (McOpera Outreach/ Milngavie Music Club), incorporating dance, drama, storytelling and the visual arts. He was a finalist in the Cottier Chamber Project/ RSNO Composition Competition in 2015, and his music has been performed by members of the London Sinfonietta, on Radio 3 by the Hebrides Ensemble, and on CD with the Chinook Clarinet Quartet. Peter’s work, Salsa Strings was premiered in March 2016 by the Glasgow Schools’ String Training Orchestra, which he also conducts, and he is the co-composer and orchestrator for ‘A Song for Haddo’ for the Haddo Arts Festival 2017-2021. 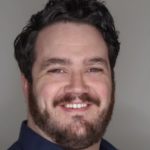 A graduate of the Royal Conservatoire of Music in Glasgow and a Scottish Opera Robertson Trust Emerging Artist during the 2012/13 season, Andrew is an established singer on the Scottish circuit and is widely in demand. He regularly performs solo roles with Scottish Opera, English National Opera, Opera Bohemia and Opera de Lorraine, and in concert most recently to acclaimed reviews in the Edinburgh International Festival in 2019.

He is a choral conductor, passionate about seeing choral singing strengthened throughout Scotland. He studied conducting  whilst at the Royal Conservatoire of Scotland with Alasdair Mitchell and Michael Bawtree. He has worked alongside Ilan Volkof with the BBC Scottish Symphony Orchestra, Christopher Bell and the National Youth Choir of Scotland and also with James MacMillan, Glasgow Male Voice Choir and The Roslin Ensemble.

Andrew is the Co-director of a new chamber choir in Scotland called Caledonian Voices and was the Musical Director of Troon Chorus from August 2005 to April 2012. After spending Easter 2010 as Assistant in training to Christopher Bell, he was appointed the co-director of East Renfrewshire Boys Choir during its first year and is the Conductor of the Junior Corps of the National Youth Choir of Scotland’s Boys Choir.

Andrew started teaching whilst studying at the Royal Conservatoire of Scotland with Mary Troup on the Community Music Course where he now mentors students currently studying on the course. He is the Co-Director of Little Larks, a company devised to bridge social gaps through inclusive music experiences. In 2009, their Ocean Journey project gained a 5 star review with Michael Tummelty saying, “The day belonged to the children for their mind-blowing performance. It made this veteran cry”. Andrew spent two years with the Royal Scottish National Orchestra’s Monster Music concerts as the writer and presenter. Andrew is currently on the teaching staff at Wellington School, Ayr whilst also coaching at the University of St Andrews. Andrew regularly works for the Education Department of Scottish Opera writing, designing and delivering projects across all spectrums of community music.