Join us on YouTube for this year’s evening of words and music in the elegant surroundings of the Library and the Morning Room in Haddo House. The music is provided by young violinist Jenna Stewart and her accompanist, Ben Marsden, from North East Scotland Music School with their short recital featuring the music of romantic composers Grieg, Bériot and Tchaikovsky to set the scene for the production of Anton Chekhov’s short, witty play, “The Proposal”  which follows at 8.30 pm.

The programme begins with Grieg’s stormy and yet lyrical writing and continues with a technically demanding yet melodic movement from Beriot’s 9th violin concerto. The third item, Sakura, is a piece for solo violin based on a haunting opening melody. Jenna and Ben finish their programme with Tchaikovsky’s haunting Chanson Triste, full of characteristic Russian yearning.

NESMS, North East of Scotland Music School, is a charity that provides musical tuition up to Conservatoire standard by importing distinguished teachers to Aberdeen on a regular basis. The connections between Haddo House and the School are long-standing. 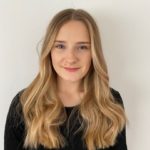 Jenna is 17 years old and has been learning the violin since the age of 7. Jenna has enjoyed playing in ensembles such as the Grampian Youth Orchestra and ensembles at school (St Margaret’s). Despite restrictions on live performances, lockdown allowed Jenna to familiarise herself with digital software involving composing, arranging, recording, and producing music, often collaboratively. During 2020-2021, she has been working (through online lessons) towards her DipABRSM for violin. Jenna also plays piano, guitar, and sings. As well as performing, Jenna enjoys the freedom of creating music through song-writing, composing and music production. In September 2022 she is going to study music, specialising in composition and production at Edinburgh Napier University, after taking a gap year where she will take on violin and piano pupils. Her future plans include releasing more original music, and she hopes to become a music producer as part of a freelance career. 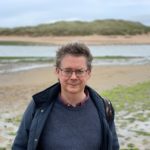 Dr Ben Marsden studied mathematics at Cambridge, piano at the Guildhall School of Music & Drama (with Claudio Arrau’s student Brigitte Wild), and history of science at the University of Kent at Canterbury. He is currently the Head of History at the University of Aberdeen.

As an accompanist he has performed at the Cowdray Hall, regularly in the ‘Cathedral at Noon’ series at St Andrew’s Cathedral (Aberdeen), at St Machar’s Cathedral, at the Phoenix Centre (Newton Dee), in the University of Aberdeen’s Ogston Prize, and in masterclasses at NESMS (North East of Scotland Music School), including with Donald Maxwell.