Experimental Use of Space: Connections 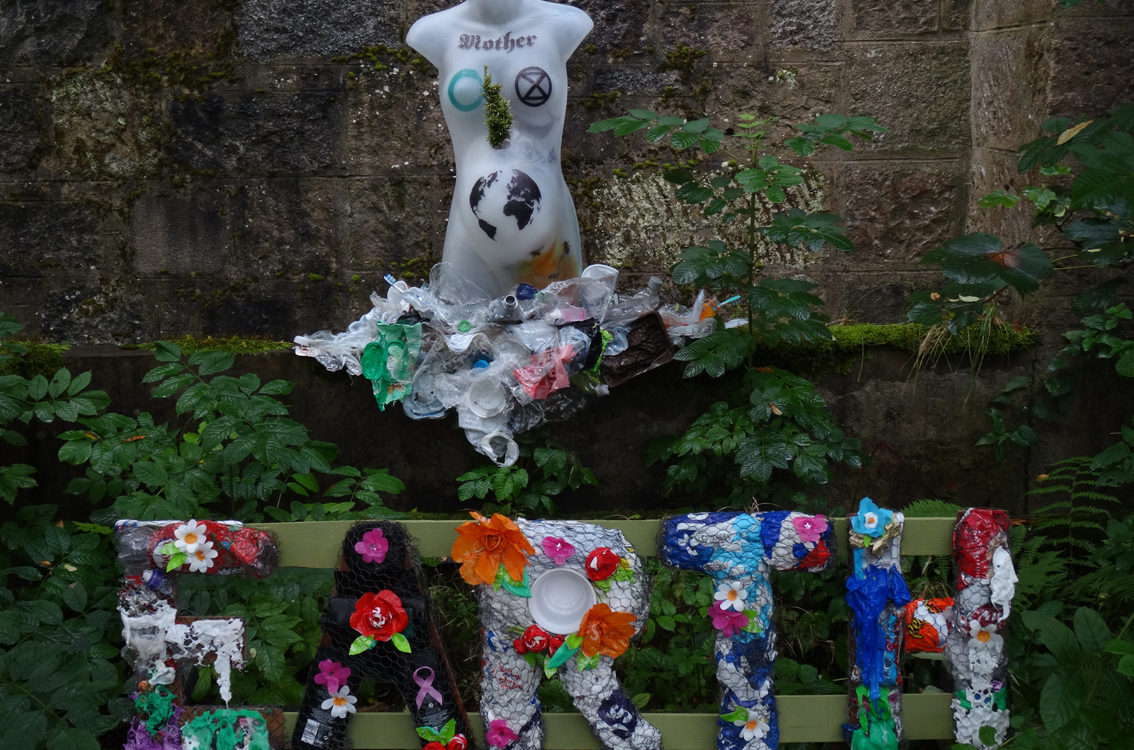 Experimental Use of Space “connections”  attracted thirty artists to Haddo many of whom produced “site specific” work inspired by Haddo House and estate.

In the Mobil Room Grays BP painting prize winner 2019, Leila Kleineidam, produced paintings especially for the show. Environmental in theme and following the connections brief,  many of the textile sculptures were based on architectural and social aspects of the estate, dogs, pheasants and royalty featured with comic panache.

As work began to arrive for the South Courtyard, we began to realise we had another fantastic show starting to develop!   The attraction of responding to a space with a history or atmosphere inspired works that were  more thought provoking than the average white cube show in the Northeast of Scotland. The response from the artists was very varied from the fairly predictable and ubiquitous Faceboook iconography (a giant chaise longue) made specifically for “The Blue Room” to a gigantic hand holding a golden thread which disappeared into the spooky crypt under the courtyard!

On a more serious note, connect and disconnect politically and socially was also covered- ironically with a British Bulldog puppy making his presence very much felt during the installation!

The natural world also featured strongly, many of the artists feeling concerned about climate change and the erosion of habitats.

The show is comprehensively covered in the facebook page for Experimental Use of Space https://www.facebook.com/Experimental-Use-Of-Space-767247036994055/