One of the features of the Haddo Arts Festival, now in its eighth year, is the sheer variety of events that it embraces, ranging from the hundred or so combined forces of the Choir, soloists and Orchestra necessary for Handel’s Samson on Saturday last, to the unaccompanied cello of this recital. This Lunchtime concert was a new departure for the Festival as a ‘satellite’ concert, well away from Haddo and during the day. It attracted a small but most appreciative audience.

Angela East is a highly experienced cellist and an influential figure of the early music revival of the 1970s. Having worked with many of the leading groups both at home and abroad, she has also made a special study of the unaccompanied cello Suites of J.S.Bach.  Two of these, the first and the third, were played at this concert.  The spaciousness of the opening Preludes contrasted with the characterful liveliness of the dance movements, both Suites ending with a Gigue.  Angela commanded our attention from the start, and drew us in, right to the heart of the performance. Even the resident bat, so active at the beginning, found a distant nook and was quieted!

Some might have wondered whether a single, unaccompanied cello, might get lost in a cathedral the size of St.Machar’s in Old Aberdeen. But with her richly toned Baroque instrument attracting the natural resonance of the cathedral and its historic wooden ceiling, the solo cello more than filled the space. The ancient tones of this beautiful place, with its honeyed acoustics, fairly resounded with joy and humanity. 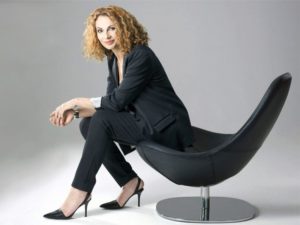 Hardy, happier and hungry for art

Song for Haddo – the perfect finale 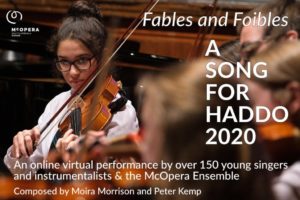