Discover this magnificent example of a Scottish stately home in the Palladian style.

Stately and striking, Haddo House casts a huge impression from the moment you set eyes on it. Designed in 1732 by William Adam, the house underwent an opulent remodelling in the 1880s. As a result, it has the clean elegance and swooping lines of the Georgian style with a luxurious Victorian interior. 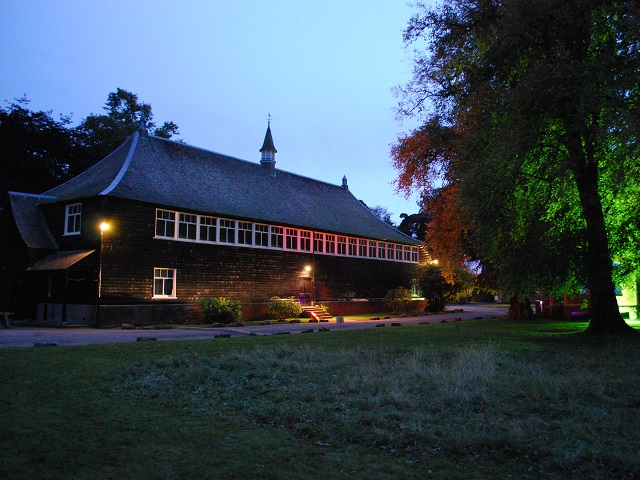 Inspired by their first tour to Canada in 1890, Lord and Lady Aberdeen determined upon the construction of a community hall like those they had seen in Canada. Built south of the house the “Canadian Hall” was originally an indoor tennis court, reading room and library for the domestic staff. It also contained provisions for meeting and concerts.

After the Second World War, David and June Gordon founded the Haddo House Choral and Operatic Society, which took advantage of the wonderful acoustic of the wooden building.

Over the years the Hall has seen performances from many distinguished artists, including Ralph Vaughan Williams, Benjamin Britten, Peter Pears, Leon Goosens and Dame Janet Baker. In more recent times artists such as Scottish Opera, Scottish Ballet, Willard White and numerous others have performed in this wonderful venue.

Visitors to the Hall should allow at least 5 minutes to get to it from the car park. 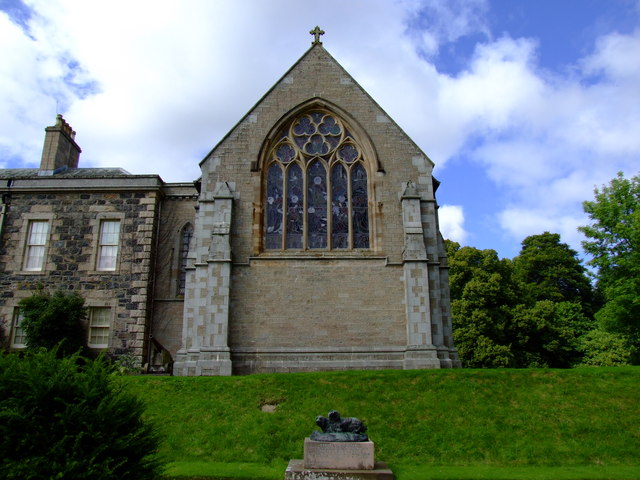 Haddo House Chapel was designed by GE Street in 1881 and boasts an organ designed by Willis and Co., which is still used today. The Chapel is not dedicated to any one Christian denomination and is regularly used throughout the year.

Visitors to the Chapel should allow at least 15 minutes to get to it from the car park.

Haddo House Library, which was once the hayloft over the stables, retains its original 19th Century decoration, with cedar woodwork inlaid with ebony. It still houses the books from the time of the 4th Earl and added to by 7th Earl’s interest in history.

Visitors to the House should allow at least 15 minutes to get to it from the car park.

Built in 1884 on the Haddo Estate as a pheasantry and hen house, it was converted in 1920 for residential use and is currently used as a classroom facility by Aberdeenshire Council.

Visitors to the Pheasantry should allow at least 15 minutes to get to it from the car park.

Following the transfer of Haddo House to the National Trust for Scotland in the 1970s, the South Wing was the home of June, Marchioness of Aberdeen and Temair until her death. Since that time, this lesser known part of Haddo House has not been open to the public other than as a workshop and exhibiting art during the Haddo Arts Festival.

Visitors to the South Wing and Courtyard should allow at least 10 minutes to get to it from the car park.

The Mobil Room is the main foyer and bar of Haddo House Hall.

It is also used as an additional visual arts display space.

Visitors to the Mobil Room should allow at least 5 minutes to get to it from the car park. 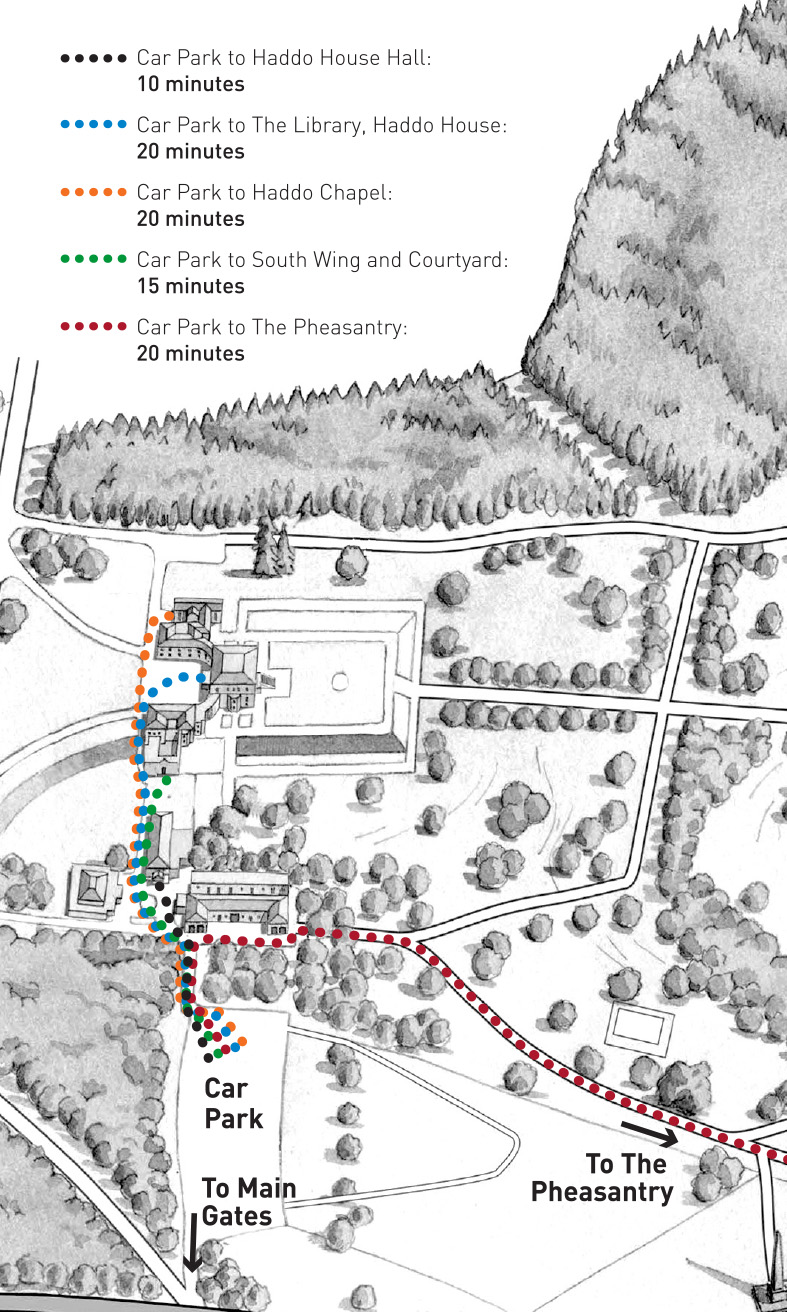